Storing large amounts of cryptocurrency in virtual wallets tends to be quite unsafe. Sure, there are online cold storage options available, but they tend to be rather impractical and the fact that you have to trust a third party with your money isn’t something anyone is particularly fond of. This is why hardware wallets have always been the best choice for users that want to have full control over their money. 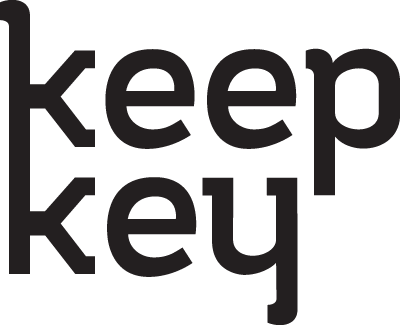 The KeepKey hardware wallet is one of the top three competitors currently in the market, and this short review will help you figure out if this is the right one for you, so stick around.

What are its features?

The KeepKey offers everything you’d come to expect from a hardware wallet, but naturally has some distinct features that differentiate it from its competitors.

Before covering some of its main selling points, let’s cover the coins the KeepKey supports:

As for its security measures, the KeepKey has several things that make it a worthwhile purchase from both a hardware and software perspective.

From a hardware perspective, the KeepKey wallet is somewhat bulkier than its counterparts (yet still compact), but in exchange for its size you a bigger screen, which can be a godsend for users that have trouble reading the Ledger’s and Trezor’s tiny screen.

This might seem like a very silly thing to mention as a selling point, but considering that the screens usually display important information (i.e. confirming a transaction) the bigger screen is a welcome addition.

From a software perspective, the KeepKey offers everything a hardware wallet needs to be the most secure option for storing big amounts of coins, but with a nice, extra feature that other wallets don’t have: around Q3-4 of 2017, KeepKey was acquired by the ShapeShift exchange, which in turn gave KeepKey users the ability to switch coins directly in their wallets without the need of sending them to an exchange first.

If you look at reviews around other sites and retailers you’ll find that the overall reception towards the KeepKey wallet is extremely positive. The wallet is solid, the build is sturdy and it’s easy to set up and use. Not only that, but their customer support is also highly regarded, which is actually nice to see.

Now, that’s not to say that there aren’t users that have had negative experiences with the product, but they’re few and far between each other. However, most of the complaints or negative experiences that you do find are actually understandable and fair, such as the fact that the Bitcoin Cash fork caused trouble for users trying to send coins for a certain period of time.

Another common complaint is that the wallet is rather expensive compared to its competitors and that it lacks some advanced features, such as setting fees or placing limitations on the recovery seed.

However, over time, the issues that users had towards the wallet were solved or alleviated to some extent.

Out of the three big boys in the market, the KeepKey used to be the most expensive one starting at £129 during its release. But as time passed, its price was lowered down to the point that its starting price is now £83, putting it in the same price range of its competitors.

To sum it up

Choosing a hardware wallet in the current market comes down to personal preference. They all offer similar features with some slight distinctions here and there. If you don’t mind that it doesn’t support many coins, the KeepKey is an excellent choice even if it’s just for the high quality feel it brings to you and of course, the bigger screen.

The company behind the KeepKey hardware wallet actually has the same name, and although it’s a relatively new company, it has found its place as one of the most trusted ones thanks to the quality of their product and their transparency towards the community. The wallet itself saw its first release back in 2015, and it has been rising in popularity ever since.